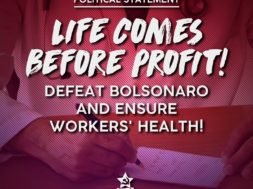 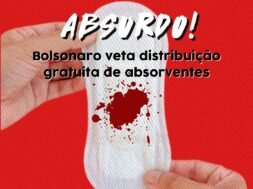 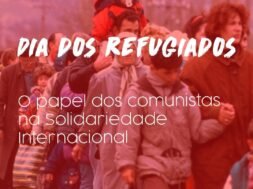 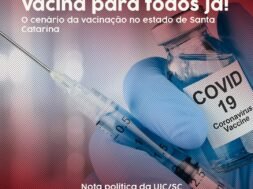 World situation and the COVID-19

In the last few weeks, the global pandemic of COVID-19, a disease caused by the new coronavirus, has shocked the world. Several countries already have confirmed cases in the tens and hundreds. Bourgeois governments at the international level have shown their inability to face the virus and its spread, especially in the context of ultraliberal counter-reforms and attacks on the social rights of the population in general and the working class in particular.

The pandemic, which started in China, spread mainly through international business and tourist trips, in which people acquired the virus and took it to their countries of origin, infecting others, with a very fast rate of transmission.

Countries with central planning of their economies, such as China and Vietnam, quickly managed to take effective measures of combat, ranging from massive prevention campaigns to the construction, in less than two weeks, of entire hospitals focused on fighting the disease. Cuba stands out again on the international stage, exporting medicines with great possibilities to help with treatments and entire teams of doctors and health professionals to other countries, in proof of its internationalism, typical of the socialist island.

On the other hand, several capitalist countries, notably European ones, especially Italy, have been absolutely unable to offer national plans for the prevention and treatment of the disease. The shortage of products in supermarkets, especially groceries and products related to prevention (hand sanitizers, masks, etc.), is already a reality that imposes on the working class the impossibility of individual prevention. Countries where workers are not entitled to paid sick days, such as the United States, have rapidly aggravated the situation because contact between people with the virus and the rest of the population continues to occur.

Impacts in Brazil – the limits of current solutions and those responsible

In Brazil, the first case was confirmed on February 26 in São Paulo. Since then, until March 31st, there were cases in all 26 states and the Federal District, totaling 6.836 confirmations and 240 deaths. The likely scenario in the coming weeks is that the virus will spread rapidly, given the great urban agglomeration that exists in our country.
The main victims of the virus are workers. As the government has not enacted any measures to stop activities at the national level (announcing national “holidays”), the possibility of infection, even by asymptomatic people, in the work and study environments is enormous. Likewise, the low capacity for massive treatment of SUS (Brazil’s Unified Health System), which has been scrapped more and more for many years, prevents the rapid and emergency service of the working mass. The bourgeoisie, in turn, has private hospitals, which can handle their cases with ease, and the fact that they don’t have to work makes it possible to put themselves in isolation much more quickly.
Despite all the difficulties, it is the Unified Health System, SUS, which is treating most cases. Its system, focused on primary care, has, theoretically, the organizational capacity of greatest successes. However, their real care capacity is severely impaired: only 44% of the ICU beds for the care of patients with the most severe conditions in COVID-19 are in the public system.
This scrapping is not new. SUS has been suffering huge budget cuts for years. The policies of cuts since the PT (Workers Party) governments reduced billions of reais (Brazilian real-BRL) in investments in the health area and the final blow was the approval, in 2016, of Constitutional Amendment 95 (EC95), called by social movements the “Amendment of Death”. It froze the state’s investment capacity in several sectors, including public health, for 20 years. The imminent possibility that SUS will not be able to deal with all cases of the COVID-19 is the result of this policy of cuts, widely approved by all sectors of the bourgeoisie and a large part of the “center-left”.
Our struggle in a global pandemic
We know that one of the main forms of struggle in the last period has been street manifestation. For March 18, the Seminar of the Union, Popular and Youth Forum for Democratic Rights and Freedoms had already approved the realization of a strong national day of mobilization, a date that was accepted by the group of union centers. The mobilization, especially in the student and civil service sectors, was being built with great force, but the COVID-19 pandemic caused several sectors to question the health security of manifestation by hundreds of thousands of Brazilians.
Thus, understanding the need for a safe and consequent mobilization, we understand, together with other sectors, the need to maintain the national day of struggle in defense of social and democratic rights, but with the guidance of not promoting acts and agglomerations. We will continue with a strong campaign of agitation and propaganda through digital media, denouncing the neglect of the Bolsonaro-Mourão government and the declared inability of capitalist governments to deal with the progress of the disease. We also know that, at a time of possible national health crisis, emergency measures are needed.

In addition, an individual concern with the awareness of basic measures to combat the disease is fundamental:

– Wash your hands continuously, with soap, and use hand sanitizer.
– Avoid crowds of people.
– Stay at home whenever possible.
– Ensure the safety of family members and close people who are at-risk groups (elderly, children, immunocompromised people, etc.).

Defeating COVID-19 is to guarantee the lives of workers and our conditions to fight for a world in which there is no exploitation!

Life has to come before profit! That is why we are combating capitalism and fighting for a socialist society!

For the immediate repeal of Constitutional Amendment 95!
In defense of SUS (Unified Health System) 100% public and universal!
No to the Coup! Get out Bolsonaro and Mourão!
For Popular Power in the direction of Socialism!

Virtual Protest #TheWorldAgainstBolsonaro #ForaBolsonaro – 8 May – Find out how to participate! 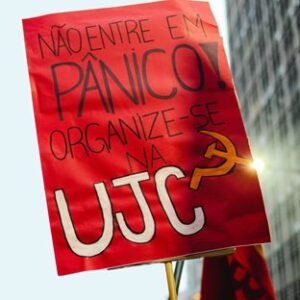 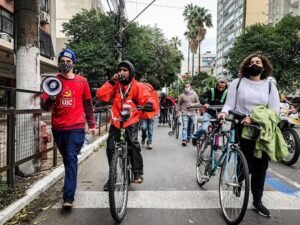 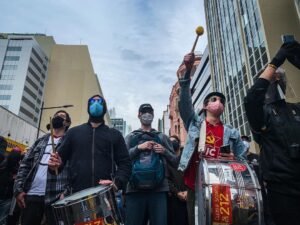 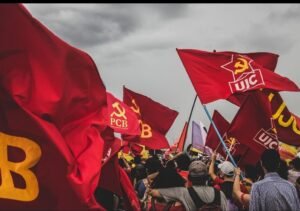